In 2009 Megan opened Muse restaurant with then husband Troy Rhoades-Brown, quickly establishing itself as an unquestionable fine dining powerhouse. Muse Kitchen opened in 2012 to provide a more relaxed and provincial style of dining while still providing the attention to detail and impeccable level of service Megan has become renowned for. Straight out of high school Megan began working for Hunter Valley legends Robert and Sally Molines at there eponymous restaurant Robert’s.

Megan fell in love with hospitality and fine dining. To say fine dining is an obsession for her is an understatement. After finishing her traineeship, she began operating Garth Ashford’s bustling Newcastle restaurant Lime.

Muse Kitchen became a stand-alone restaurant in 2018 before the opening of little sister bistro, Muse Kitchen Lorn in 2020. Megan’s success both past and present is due to her unwavering commitment to her staff and her guests. She believes in exceeding expectations from the moment you arrive.

Megan believes in investing in people. Her team at Muse Kitchen is filled with long term staff. She surrounds herself with staff that are as dedicated to the industry as she is. This is a testament to her love of the industry and her passion for customer experience. Megan’s energy, intuition and uncompromising belief in the virtues of fine dining has made her a woman of influence in the world of hospitality. She is the heart and soul of the Muse Kitchen experience and her passion is driven by her motto “Life’s too short to not do what you love”. 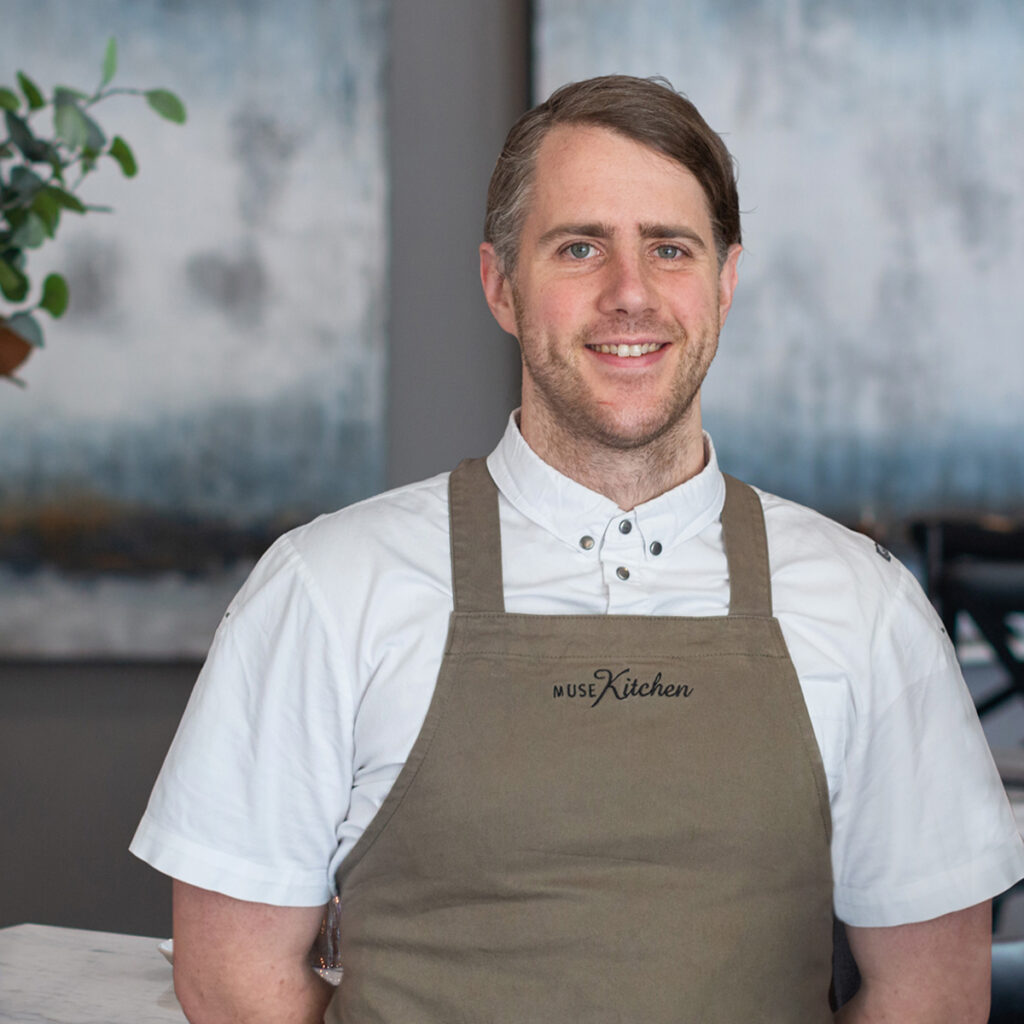 Food was Josh’s childhood passion. He began his career as most chefs do, as a teenager in the pot wash section, and fell in love with the sweat, the tears, the grind of the line. Under his first mentor, chef Troy Rhoades-Brown at Muse Restaurant, Josh sowed the seeds of his food career philosophy: “Cooking for others is the greatest gift you can give.”

In 2012, Josh won the coveted Brett Graham scholarship through the Hunter Culinary Association. It set him on a worldwide food learning adventure.

On his return to Australia, Josh joined the award winning Biota restaurant in the NSW Southern Highlands under another mentor, chef James Viles. Josh returned to the Hunter Valley in 2016 to work at EXP. Restaurant under Muse alumni Frank Fawkner, becoming Head Chef a year later.

Josh took the reigns at Muse Kitchen Hunter Valley in 2019 embracing the opportunity to once again work for renowned restaurateur Megan Rhoades- Brown. Bringing with him his love for classic cookery, modern technique and a genuine passion for the industry Josh aspires to make real memories with every plate he serves.